Fitbit Flex 2 is Fitbit’s first endeavour designed for those that love swimming, and aimed at entry-level club. This is a huge leap for the company and a much needed one.  At the time of this write up, this new release is being sold for $99.95.  It’s features, though not advanced as Fitbit Charge 2 has been uniquely designed for those who want their trackers slim and waterproof. Read on for the full Flex 2 review, with customer reviews below …

Design & Comfort of the Fitbit Flex 2

Due to its super slim nature, it is pretty difficult to spot Flex 2 when it is worn on the arm, making it sleeker than its predecessors. It has a much slimmer appearance than the first Flex, thanks to its tracking module, 30% less the former size. Even without a display, Flex 2 has a petite look.

This tracker is super comfortable and can be worn in the day or at night.

It comes with a textured elastomer, soft and flexible making it easy to be clasped. You sure wouldn’t pull it off again after having it clasped. It could snap should you attempt to pull it off hurriedly. But you have nothing to be worried about because Fitbit has improved the secureness of Fitbit Flex 2.

Changing your Flex 2 can be done in so many different ways. The improved Flex, unlike its predecessors lets a wearer replace the original band with a bangle, a pendant or any of the classic bands.

The classic collection comes in 7 distinct colors: Lavender, grey, navy, black, pink, yellow and magenta. With $29.95, you can buy the Sports Pack which comes in 3 assorted colors: (green, navy, yellow). For the same amount, you can also buy the Pink Pack (pink, magenta and lavender). The Classic band costs just $14.95.

This device has similar features with other screen-free fitness tracker, having a LED light which gives its user a notification when a call or texts comes in. To kill off the vibration, simply raise your arms up, but this won’t stop the light from flashing when a call comes in.

For now, the light can’t be customized. However, Fitbit comes with default vibration and light pattern which helps you tell the difference between texts, calls, reminders and alarms. To make things simple and easy, the device does not recognize third party notifications.

However, one feature that is confusing is the Fitbit Flex 2 notification LED, and how the LED light relates to different phone notifications.

With that said, it is pretty easy to track the progress you make each day. When you edge closer to your goals, the white light on the band illuminates the more. When a call comes in, the band around your wrist will vibrate and flash a colored light. But you will definitely need your phone to deal with the notifications.

To see your goals, tap gently on the Fitbit Flex 2, as doing so would produce a green light and then a white light, indicative of the progress you have made. When an alert comes in, the device would give off a yellow light and then a blue light for texts and phone calls. If it is a call, the vibration would last longer.

I like the simplicity and the fact that it is waterproof. Battery lasts several days. I have stopped using it at night, except occasionally, because it always says the same thing…up 3x and restless 17x. OK. Now what do I do about that?

I like the size as well. For a woman, it is much daintier than some of the wrist bands.

I stopped the vibrations when I sat too long. Unless I was willing to do something about it, it didn’t much matter.

This is perfect for a small tracker. I use this item primarily in the gym for elliptical and swimming and at home for sleep tracking. My smart watch is not swimproof. This tracker is accurate and detects workout correctly and gives accurate time and step count. I really like it, What else to say, it works perfectly for me.

I like it. I have had a Fitbit for many years. Was very happy to see that they finally came out with a waterproof.

doesn’t stay charged for as long as it says

Even with its simplistic design, the Flex 2 can track the hours you sleep, the amount of calorie you burn, and your active minutes, thanks to its SmartTrack feature. Exercise activities like running, aerobic workouts, bike riding, walking, soccer, tennis and basketball can be tracked automatically.

The app lets you see the number of steps you take and your specific goals. When you tap on Flex 2’s frontal part, corresponding light would illuminate. One white light signifies 25% of your goal. Let’s say you goal is to complete 10,000 steps; 4 white lights would illuminate after completing 7,500 steps. After completing your goal, the device would vibrate, illuminating light of celebration. Tap the device a second time to determine your progress.

Its sleep tracking feature has a high degree of precision. It tells you the length of time you spent sleeping.

Aside its swim tracking capabilities, the device has been designed to monitor your runs as well. But just don’t expect it to perform like a GPS running watch, as it only monitors duration of a run, and calculates the impact burned calories have on your day and minutes.

One feature that makes the Fitbit Flex 2 stand out from the crowd is its swim tracking ability. Even at 50m below water surface (including salt water), Flex 2 will perform just fine. Swimming can be tracked automatically alongside duration. It also monitors the laps for four distinct strokes: butterfly, breaststroke, freestyle and backstroke.

Even if you decide to shower with the device, it will still do fine.

However, swimming with Flex 2 severely limits its advanced metrics. It will only show you the distance you swam, the time you spent, and the amount of calorie you burned. This would help you determine how your day has been impacted.

The app doesn’t take account of certain strokes. Before making a dive into the pool, first ensure the swim track feature is turned on. The device has been designed to automatically turn itself off when not being used.

SmartTrack works only when you swim frequently and continuously. This means Flex 2 would have a difficult time getting familiar with your stroke pattern, prompting you to calibrate active minutes which is the length of time it takes for the app to know you have started swimming. For increased accuracy, set the pool size correctly as the default length is 25m.

If you are okay not having several swim metrics,then Fitbit Flex 2 is right for you . The baseline data would definitely do if you take swimming casually, putting in some few hours every week.

The device’s swim tracking feature is without doubt a big inclusion. But unlike TomTom Spark and Garmin Vivoactive HR, Fitbit Flex 2 doesn’t have the advanced tracking capability and data output of a high end activity watch. The good thing about Flex 2 is that it is a lot cheaper, and still offers the same experience as the formerly mentioned trackers.

Fitbit App is very easy to use and simply laid out. A nice thing about it – it has social challenges within it’s ecosystem to earn badges and compete with other Fitbit members. As well, with the recent releases of Charge 2 and Flex 2, the app comes with new challenges like ‘Adventures’, where you have a selection of different locations that comes with many step goals to achieve. One of those location is the ‘Valley Loop’, between Yosemite’s mountains, where it requires 24,000 steps to complete the ’walk’. In other words, every step you take, say from home to work, it is then mapped and matched to the hiking challenge in Fitbit’s app. Better still, you can see the trail of your steps that is mapped out within the app indication the number of steps needed to complete the challenge.

Although it is not necessary to complete the challenge, you will get points and small goals to unlock tiny surprises, and help motivate you to meet the 7-day step average

As well, you can check out your tally for the day, performance metrics over a week, and duration of sleep. Plus, you have the option to log your day to day intake of food and water, and weight.

To put it simply, the Fitbit App is really simple and easy to use, and provides plenty of metrics without feeling daunted. A big tick for Fitbit Flex 2

Depending on the kind of activity tracking you use with the Fitbit Flex 2, you can expect an average of five days worth of battery juice.

Let’s look at the cons first. The design is simple, the battery life is only 5 days, the swim data is basic and the LED light notification display is somewhat confusing.

However, the core feature of Fitbit Flex 2, the waterproof swimming component is a nice upgrade and a long awaited one too. Although, it’s tracking information are simple, but it dishes up a decent swimming experience than other fitness trackers that are similarly priced, and it is comfortable to wear. The SmartTrack is a good addition, but again expect the data to be basic.

So who will like the Fitbit Flex 2? If you enjoy swimming and not too fussed about information and data overload like the ones offered by a specialised swimming watch, Flex 2 offers great value.

Buy It on Amazon Now! 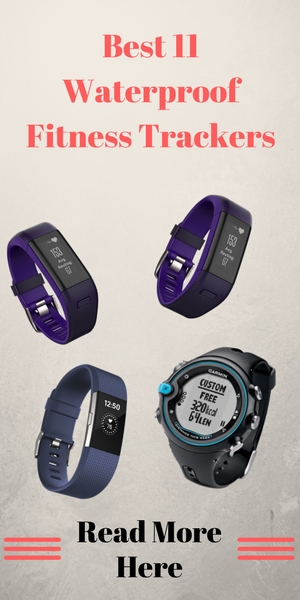 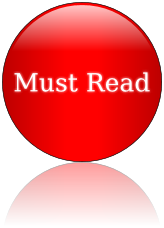